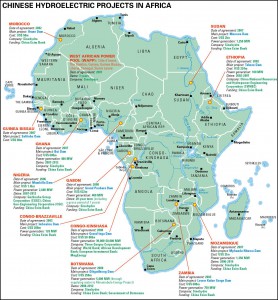 SIRIX is proud to advise companies on their hydro power commercial strategies in Africa. Africa has a huge potential for developing power generation from its natural water habitat. Small scale production combined with larger plants is imperatively a combination for the future. The investments in new clean energy generation has to be adapted to the existing infrastructure i.e. isolated urbanisations, bad roads and difficult access.

The national and regional transfer grids are insufficient and will remain underdeveloped for many years, maybe generations, to come. Therefore the energy has to be produced locally, independent from long range transmission. Today’s existing technology allows for efficient and commercially viable solutions to electrify also the most remote locations. Electricity will allow for economic and social empowerment and create positive growth and enlightenment.

Africa’s power problems have proved costly to its economy. Efforts to stimulate economic growth in all industries across the continent are being stifled by the lack of reliable electricity. 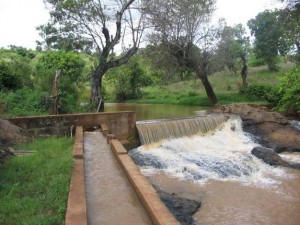 Research shows that power outages cost Nigeria’s economy approximately $1billion dollars per year. The country’s power problems are blamed for industrial closures and massive job losses. Data released by Engineering News in 2009 indicate that South Africa’s power problems in 2008 caused production losses in mines and metal smelting operations of approximately R50 billion. Furthermore, the cement and construction industries claim to have lost orders worth over R6 billion in 2008 due to power problems.

Sub-Saharan Africa has a tropical climate and a significant number of perennial rivers, with a potential to generate 1,750 TWh. However, only 7 per cent of this potential has been developed.

Frost & Sullivan believes that the exploration of key rivers such as the Zambezi, Congo, Nile, and Niger could provide a solution to Africa’s power problems. The Congo River in DRC has the potential to produce over 100 000MW, which is sufficient to meet the energy needs of the whole Southern Africa. The Zambezi River can produce 10 000MW. Other examples include Ethiopia, with a hydro potential of 30 000MW, and Nigeria with over 20 000MW.

Why use Hydro?
Although Africa is endowed with abundant gas and coal resources, hydro power remains a critical component of the energy mix. The resource uses proven technology and is easily accessible across the region. Some of the key benefits of using hydro power include: 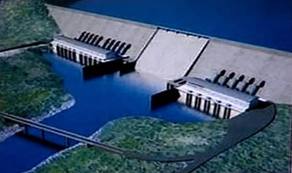 Hydro power is readily available in many African countries, for both large and small scale projects. This saves the transportation costs encountered in carrying coal, gas or fossil fuel from the source to the location of the power plant. Moreover, hydro power can be effectively explored for potential distributed generation, which is suitable for industrial power consumers.

Cheaper Electricity
The life time cost of power from hydro power plants is significantly cheaper than thermal power. It costs approximately US 20 cents to produce one kWh from oil, whilst hydro power plants’ lifetime charges are expected to average US 6 cents per kWh. The low cost of hydro power is easily achieved since hydro power plants have very minimal operational costs and little or no cost of feedstock. Low cost electricity is a significant competitive advantage for industrial bulk power consumers, since it results in lower production costs. 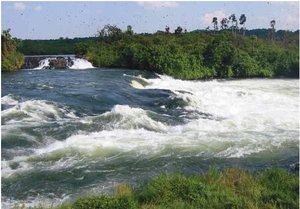 Renewable and Environmentally Friendly
Hydro-electric power is the best-established means of electricity generation from renewable sources. It currently contributes 18 per cent of the world’s electricity. Hydro power is climate-friendly and does not result in the conventional air pollutants associated with other fossil fuel generation options. The adoption of hydro power will significantly help Africa to reduce greenhouse gas emissions and benefit industrialists from the sale of carbon credits.

Flexibility of Supply
Hydro power can also be used for industrial power due to its ability to supply electricity for both peaking and base load. This source of power can be easily ’stopped and started’ making it very flexible and adaptable to demand levels. 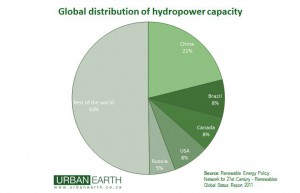 Future of Hydro power in Africa
A bright future lies ahead for hydro power in Africa. A majority of utilities in Africa are increasing their efforts to tap into this resource for sustainable power supply. For example, by 2020, hydro power is expected to account for 79 and 52 per cent of East and West Africa’s (excluding Nigeria) total new additional generation capacity, respectively. It is  expected sub-Saharan Africa to add at least 20, 000MW of hydro power capacity by 2015. This will be achieved through both refurbishments of existing old plants and construction of new projects. A significant number of international IPPs such as Globeleq and Agha Khan Network are also exploring opportunities to use Africa’s hydro resources to generate private power. 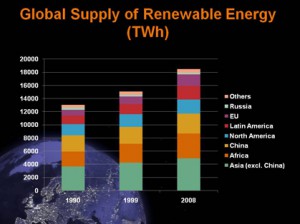 Conclusion
Africa’s hydro power resources have the potential to significantly contribute to solving the region’s power problems. The resource is readily available and produces cheaper and cleaner electricity than other traditional resources such as coal and oil. Hydro power is highly versatile and can be used to meet national electricity grid requirements, rural electrification programs and industrial power needs. It is advised that careful consideration needs to be given to pre-construction phases in hydro power projects to ensure that mechanisms are developed to deal with possible challenges that might impact the long term reliability of these projects.