The Urgent Need for Sustainable Fisheries in Africa 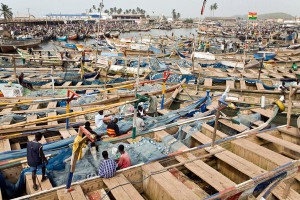 The reproducible resources of fish stocks need to be managed in a sustainable way.

SIRIX has extensive competence assessing business requirements withing the fishing industry. New techniques need to be implemented together with Government control measures. Africa has today an opportunity to directly consider the latest fishing technologies and not implement obsolete and inefficient industrial applications used in Europe and other developed countries. The sea is potentially a huge and reproductive protein source suitable for human consumption.

Today only 20% of world’s catches are valorised and suitable for human consumption. The rest goes to waste and bi-products although there are perfectly viable commercial alternatives. 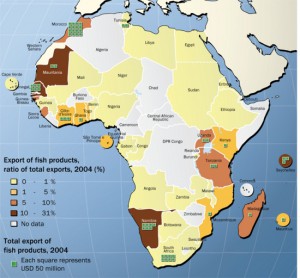 The continent’s vast reserves of fish stocks are rapidly dwindling due to industrial fishing boats catching massive quantities of fish for export. They end up only keeping around a quarter of their catch – throwing the rest back dead. Many then sell their catch on illegally. Experts say the problem costs African countries over £600 million ($1bn) a year, and devastates local economies which rely on the fishing trade. The total cost to the world economy of illegal fishing and poor management of marine stocks is an estimated £60bn ($100bn) every year. Apart from the disastrous environmental impact, millions of people whose lives depend on the fishing industry will not have a way to make a living, and will be pushed back into poverty. Illegal fishing vessels from elsewhere in the world are catching vast quantities of fish around the coast. The practice of illegal fishing undermines food supply chains, deprives fishing communities of sustainable livelihoods, and steals a vital source of income from developing nations. 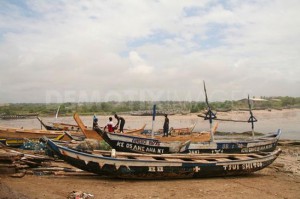 SIRIX is proud to work with frontline companies in the field of sutainable, reproductive and environmentaly friendlyl fishing. Below an article that indicate the unbalances that currently exist. Feature story – June 29, 2011 (Greenpeace) Today we highlighted the plunder of West Africa’s once rich fishing grounds through presentations under the theme: Towards sustainable fisheries: Greenpeace and West African fishermen map out the future. Addou Karim Sall, one of the fishermen on the ’African Voices Tour’ visits a fish market in the UK. Much of the fish sold in the EU now comes from West African waters where European trawlers are having a devastating impact on fishstocks. The presentations took place at the Douta Seck Cultural Center, and showcased the global overfishing crisis and its impact in the West African context. 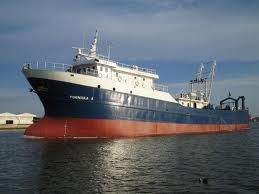 One of the major perpetrators in the fishing crisis is the European Union’s fishing fleet. Each year, the leviathan trawlers, and massive factory ships along the West African waters, empty the ocean of every living thing. As European waters have gradually been emptied in this same fashion, the travwlers have simply relocated in a bid to fill their holds and put fish on the tables of European restaurants.

For more on this, see the report: How Africa Feeds Europe. To tackle the issue, Greenpeace offices in Europe and in Africa joined forces in a project called the “African Voices Tour”. The tour took place leading up to the revision of the Common Fishery Policy (CFP) by the European Union in 2013. Together with seven fishermen from Cape Verde, Senegal and Mauritania, Greenpeace met with Ministers, parliamentarians, civil society, media and the fishing industry, in eight countries across europe: the Netherlands, Belgium, Luxembourg, Germany, France, Austria, Spain and the UK. The ‘voices’ describebed the effects that overfishing by foreign fleets was having on their way of life. 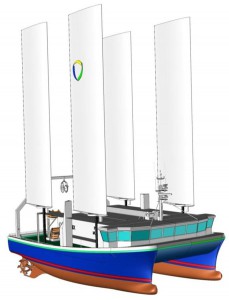 According to Raoul Monsembula, Greenpeace Africa Oceans Campaigner, ”The European Union needs to secure a fairer and more sustainable fisheries partnership agreement. They can’t just shift the problem to a different part of the world, particularly the coastal regions of Africa, where most of our animal protein comes from the sea.” According to the latest Word Food and Agriculture Organization (FAO) report, 53 percent of the world fish stocks are fully exploited, 32 percent are overexploited or depleted, and only 15 percent are moderately used or underexploited.

In addition to this, modern fishing practices remain incredibly wasteful. Every year, fishing nets kill up to 300,000 whales, dolphins and porpoises globally. Getting tangled up in the nets of trawlers is the greatest threat to the survival of many species. To top it off, some fishing practices are incredibly destructive to ocean habitats. Bottom trawling, for example, easily destroys entire ancient deep-sea
coral forests and other delicate ecosystems Oumy Sene Diouf, Greenpeace Africa’s Oceans Campaigner: ”The situation is alarming and African Governments must immediately secure sustainable fisheries.  They need to take the responsibility of enabling sustainable incomes and livelihoods for their citizens. The governments also need to tackle overcapacity, the destruction of fisheries, ecosystem preservation, as well as control and surveillance.”